Rivera Clubbing – The Movie is set back in the days when dance music appeared for the first time on the Adriatic coast. It moves from the opening of the Baia degli Angeli to the house and techno music explosion that marked the birth of major clubs such as Peter Pan, Ethos, Echoes and Cocoricò. The same protagonists of those days remember through the storytelling of their memories and experiences. To better document the first movements of this trend, that rapidly turned popular world wide, the movie takes us through a path made of interwiews, unrelased footage and more.
Rivera Clubbing gives a wide overview on the deepest roots of Romagna’s coast clubbing institution and on the historical and cultural background of the strip of coast that runs from Rimini to Gabicce. In the period from the mid 70’s to the end of the 90’s, the Adriatic coast brought itself to the world’s awereness as a renowend clubbing scene along side London, New York, Chicago, Frankfurt, Ibiza. Artists such Bob and Tom from Baia, Tony Humpries, Frankie Knukles, Dave Morales, Lenny Dee and PCP aka Marc Arcadipane, found in the clubs of the adriatic riviera the ideal sets where showed off their talent and got inspiration.
The music of the film is represented by those musicians that not only played but also produced it and spread it worldwide: Daniele Baldelli, Mozart, Ricky Montanari, Cirillo, Massimino Lippoli, Flavio Vecchi, Gianni Parrini and others. Around the Dj’s, the crowd, composed by trend and fashion setters, eventually became popular at wider level.
This is the story of a movement that influenced the touristic politics of that period, at the time produced consensus and, at other moments, polemics. The amazing sound track is composed by the same protagonists and by the classic sounds of those times. Good listening and good vision of Riviera Clubbing – The Movie! 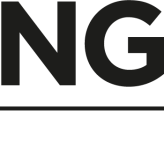